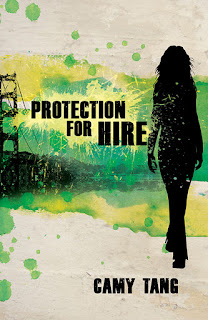 Several of you awesome peeps have emailed me and posted on my Facebook page, asking about the third Protection for Hire series book. Well, I’m working on it right now!

It’ll still have the same (twisted) humor and suspense/mystery, but it’ll also be a sort of “what if?” storyline. I’ve been calling it a Dystopian, but that’s not accurate—it’s not a far-flung future like The Hunger Games or Divergent, but more like a, “What if something catastrophic happens next week?”

It’ll set the stage for more books in that “what if?” story world, which will be more like true Dystopian books.

Why Dystopian? Because I stinkin’ love them!!!!

I didn’t realize this until recently, but Dystopian and “what if?” storylines have been very popular in anime and manga for a long time, and that’s what I would watch and read when I was a kid. I also loved Marvel comics, which again is that sort of “what if?” alternate present world. 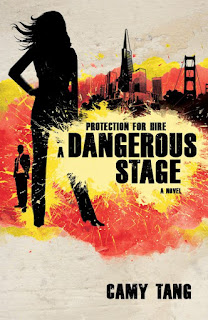 Also, about two and a half years ago, I had a strong Word from God—complete with vision and everything—about this Dystopian world/storyline, and an injunction to WRITE IT. I was powerfully moved, but I also had several writing contracts at the time and decided to finish those and then write the Dystopian.

Well, that never happened. I’d get more contracts, which I’m certainly not going to turn down, and I always told myself I could write the Dystopian in between those contracts. But I was never able to do it. And I started getting burned out. Remember that “bad place self-confidence-wise” that I talked about in my last post? That’s what happens, I guess, when—like a complete idiot—you utterly ignore a Word from God.

So now I’m back on track and writing the books He wanted me to write. While this will be the third Protection for Hire book, it will be the first of, I hope, many in this story world. And some of those might even get traditionally published if a publisher decides to take a chance on me.

So if you’re on my email newsletter, you’ll be sure to hear when this new book will be available. I hope people like it!

And don't worry, I'll still be writing more Regency romance novels, too! My other favorite genre. :)