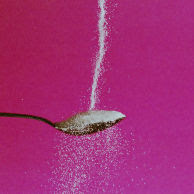 It seems the only way I can release my frustrations is by blogging about it, so lucky you, you get to hear all about it. (I’ll probably calm down in a week or two, so no worries about months of whining about this diet.)

I thought about carbs ALL DAY.

I had to be more deliberate about my cooking to find something both I and Captain Caffeine could eat. He’s a trooper, lovely man, so I settled on chicken vegetable soup. It wasn’t the tastiest soup I’ve made, unfortunately. (Next time I’m using the pressure cooker to make broth and then adding the chicken rather than throwing the raw chicken pieces in water in the crockpot for a few hours—the broth just wasn’t as flavorful as when I make broth with the pressure cooker.)

I wanted to go out and buy a donut.

Around dinnertime, I found I wasn’t that hungry. I don’t know if it was the new supplements making me feel fuller, or if I really wasn’t hungry, or if I was just so bored with the food choices that I didn’t want to eat. Regardless, I ate a bowl of soup rather fretfully and sat in my chair in a miserable lump of unhappiness, but not hungry enough to crave anything bad for me.

I suppose, all things considered, that’s better than shackling myself to a window to prevent myself from attacking a moldy butt of bread from last week.

Tomorrow we get a basket of veggies from our organic co-op, but I’ll also need to go shopping for some veggies I need for general detox (talked about that yesterday) and some other sources of protein. I’ve been avoiding cheese for some reason. I know, I know, a temporary mental aberration. I’ll buy some tomorrow.