Meet the hero and heroine from Stalker in the Shadows

June 14, 2022
When I write, I usually come up with the characters in a story first. Sometimes I feel a bit like Zeus, whose daughter jumped out of his head fully grown—the characters start walking and talking in my brain as I develop the story.

When I start writing the manuscript, I will often pick an actor or actress to use for when I visualize the characters. It makes it a bit easier when I have to describe them, although sometimes I have a difficult time finding just the right “look” for my characters.

I recently unearthed my copy of an old blog post that had been taken down from the original website. I wrote the blog post when I was writing my Christian Romantic Suspense, Stalker in the Shadows, but it’s never been posted on my blog, so I thought I’d repost it here:

I just saw an article about actor Karl Urban, and drooled a little over his yummy photo: 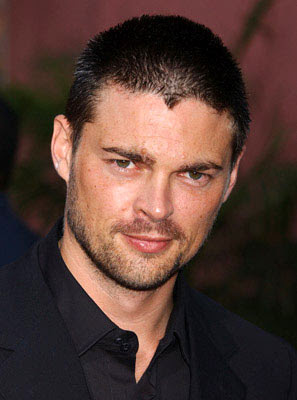 Karl Urban is the actor I envisioned for my hero, Shaun O’Neill, in Stalker in the Shadows, except that Shaun has very blue eyes and blond short hair. He was on the Border Patrol, so he carries himself aggressively--his stance, eye contact, personal space. He wears casual clothing--jeans, button down shirts tucked into his jeans, work boots or Doc Martins. He is lean in body build but not skinny, with a square, solid face. He is a little above average height but not overly tall, perhaps 5'10". His deep voice has a slight gravely edge to it, promising danger and excitement. He tugs at a lock of hair on his forehead, like his father does, and has three brothers: Brady, who’s married with a new baby, Michael, Liam (in the military) and his sister Clare died five years before Stalker in the Shadows opens. 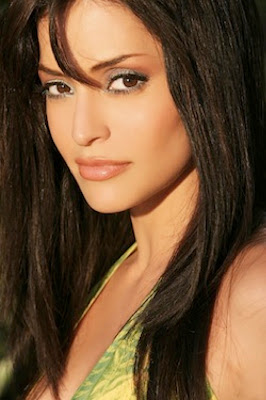 Monica has clear amber eyes with dark lashes and darker brown hair than her sisters, long and wavy. She is a nurse, but she’s also planning to open a free children’s clinic in Sonoma. She is half Japanese and half Caucasian, about average height, 5'5". She is slender in build but not skinny.
Out in public on errands or meeting someone for lunch, she will wear something like jeans with high heels and a nice silk blouse, and her hair will be down, but she will have makeup. When meeting a potential investor, her business outfit is a suit with a skirt and jacket and a silk button down shirt in white or a pastel color, and her hair will be up in a French twist and she will have makeup.

Anyway, I thought you’d enjoy seeing what my hero and heroine look like. I hope you enjoy reading Stalker in the Shadows!

"CONSIDER THIS A WARNING."

Lately, nurse Monica Grant feels she's being watched. Followed. And then she receives a threatening letter—accompanied by a dead snake. If she doesn't stop her plans to open a free children's clinic, she'll end up dead, too. Terrified, Monica turns to former lawman Shaun O'Neill—who believes the same madman murdered his own sister five years before. She understands how much it means to the handsome, heart-guarding man to save her—and her dream. Even if he has to lure a deadly stalker out of the shadows--straight toward himself.