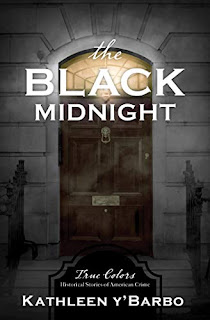 Could a series of murders in London in 1889 be related to unsolved murders in Austin, Texas, 1884? Queen Victoria wants to know and asks her granddaughter—who left the queen’s good graces by going off to America to become a Pinkerton agent—to quietly look for any connection. The catch is the queen doesn’t want her to do it alone. Alice Anne must find her former Pinkerton agent partner—now an attorney in Austin—and enlist him in the hunt. As the pair get closer to finding their suspect, their lives become endangered, but they refuse to be intimidated. Can this case be solved?

I have to admit upfront, I'm a huge fan of Kathleen Y'Barbo. There's something about her writing style that always completely engages me from the first page.

This book was no different. She hooked me as soon as she opened with the scene of the heroine having tea with her great-grandmother, Queen Victoria, in Buckingham palace! How awesome is that????

The story jumps to Austin, Texas, and a series of late 19th century murders that I hadn't heard about before this book. The theory that the Austin murders are connected to the Jack the Ripper murders was really fascinating.

I really liked the heroine, and the kinds of issues she was struggling with. She had the burden of being expected to help contribute to her family's financial needs through an acceptable marriage, and the values instilled in her by her upbringing warred with her own desires for her career and marriage. She also found it difficult to keep such a huge secret from her Pinkerton agent partner as they grew closer and she wanted to share more of herself with him, but couldn't share everything. She also had to deal with trying to succeed as an investigator in a very male-dominated environment where women are often looked down upon, and I thought she did a good job in standing up for herself but not being bullheaded or arrogant or pushy, but being respectful, firm, and kind. She responded as a Victorian woman would, rather than a 21st century woman, which made the story more authentic.

Unfortunately, the hero was a little bland to me, but maybe that's because he was contrasted with the heroine and her colorful background. He was certainly good, kind, and admirable. His only flaw was in his impulsive confidence with his emotions that the heroine simply couldn't match, with her more subdued personality.

I also thought the pace of the novel was a bit rushed. I never felt I really got a good feel for the atmosphere of Austin or London.

However, the storyline was so interesting that I actually stayed up late to read the last 25% so I could find out how it ended. I really enjoyed the mystery and the suspects they had to collect and eliminate. The ending was not 100% conclusive, but enough was implied and obvious from the characters' actions that it made for a very satisfying ending to the mysteries.

Overall, another good book by Kathleen Y'Barbo with a neat take on the Jack the Ripper murders.

I received a complimentary copy of this book. Opinions expressed in this review are completely my own.