I decided to jump-start my running again, and since I don’t run consistently if I’m not training for an event, I signed up for the 2017 Honolulu Marathon. It’s going to be harder this time since I’ve gained so much weight since the last time I ran (maybe 10 pounds?) and I have to take care of my ankle, which I sprained at the last marathon in 2010 and it still has a bit of scar tissue. However, I’m going to a chiropractor about that and my ankle seems to be doing well. I’m also armed with KT Tape and Rock Tape, Phiten discs, ankle wrap, and massage cream. Please send a prayer for me that I can be consistent in my training and not get (more) injured. 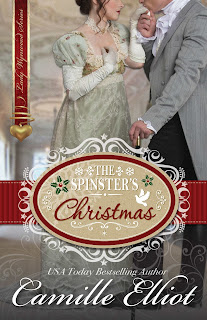 I’m getting The Spinster’s Christmas translated into Japanese! I was able to hire a woman from my church who is a professional translator, and she is doing about a chapter every 2 weeks. Now I have to figure out how to format an ebook in Japanese, with vertical text and running left to right. 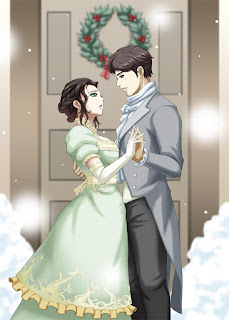 I am also getting anime-type illustrations done for the book so it will be like a Japanese light novel. This is my first time working with an illustrator and so far the drawings have been really good. The Japanese version will be released in three volumes, so I had three covers done, and the illustrator is doing a black and white illustration for each chapter. Here’s a preview of one of the covers. Isn’t it awesome? 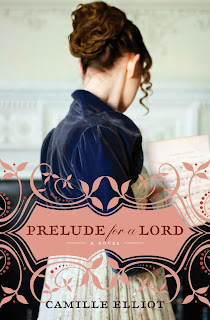 And for those of you wondering, I do hope to return to the Gentlemen Quartet series after I finish this book in the Lady Wynwood series. I have 3 other books (loosely) plotted for my musical Gentlemen.

If you belong to my email newsletter, you'll be sure to hear when the next book (Gentlemen Quartet or Lady Wynwood) is available.

That’s what’s up with me! How can I pray for you?