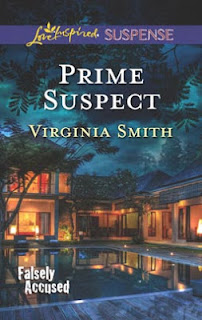 Under suspicionDiscovering a dead body on her first day of work throws Darcie Wiley's "fresh start" into a tailspin. Things get worse when the police make Darcie their prime suspect. She's surrounded by distrust and suspicion—and the eerie sense that someone's been in her apartment, going through her things. Terrified and alone, she turns to Caleb Buchanan, who promises to help her find the truth. But their digging leads to more danger—and another suspicious death—as a ruthless killer fights to keep secrets buried.

This week, the featured book is: A Wanted Man by Alana Matthews