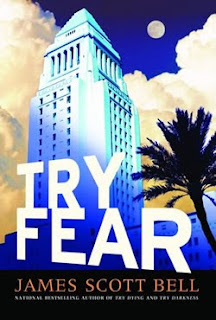 For Ty Buchanan, defending a suspected drunk driver named Carl Richess seems routine enough. But when his client ends up dead, an apparent suicide, there's nothing routine about it. Because the cops suspect it's murder, and arrest Eric Richess, Carl's brother, for the crime. Now Ty, at the desperate urging of Eric's mother, agrees to defend him. But it won't be easy. Because there's DNA on the gun that matches Eric's, and a history of conflict between the brothers.

Then Ty, assisted by Sister Mary Veritas, begins to uncover tentacles of corruption that reach into the citadels of city power. But he's being watched. Because somewhere in the dark labyrinth of LA is someone who will do anything to keep from being found out, someone who believes that when warnings don't work, try fear.