(The winner of the rat mug is Carol (mittens)! Congratulations!) 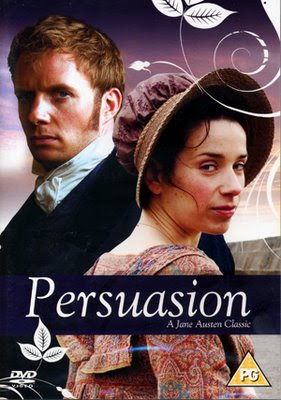 I Tivo'd Jane Austen's Persuasion presented on Masterpiece and finally got a chance to see it last night.

There were a few inconsistencies in the 1995 version of Sense and Sensibility, but I loved them because they seemed to add to the story without deviating much from the novel.

For this version of Persuasion, I didn't like the changes and thought they deviated too much--the inconsistencies changed the characters themselves.

Charles Musgrove is suddenly as unpleasant as his wife. Walter Elliot is suddenly not as silly and stupid as he was in the novel--instead, he's mean and snobby. Mrs. Clay is attractive rather than plain, so Sir Elliot doesn't dislike her in the movie as he did in the novel, which makes the watcher wonder why Elizabeth doesn't worry about the possibility of a relationship. Elizabeth suddenly notices Mr. Elliot's pursuit of Anne and rants about it. Lady Russell is shown as less self-assured, more insecure, and possibly devious--something she never was in the novel. Mrs. Smith is suddenly not an invalid and runs with Anne for a block down Camden Place (and how could Anne get away with running in a public place like that?).

I liked the 1995 version of Persuasion, although the characters were a bit older than described in the book. The writing conveyed the story faithfully and cleverly, and the few deviations didn't jolt me out of the movie like the 2008 version. 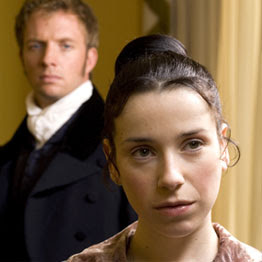 I wanted to like this newer version--I was so excited about it. And while I really liked the actors in general, the writing disappointed me too much.

Should I not be such a Jane Austen purist? I'm wondering if I'm being too harsh. This is my favorite Austen novel, and I've read it so many times I almost know it by heart. I know which lines from the movie were taken from the book, and which weren't. Okay, I admit, that's kind of scary.