I’m so lucky to know Margaret Daley. She’s sweet, she’s savvy, and she’s in one of the most giving careers in the US—she’s a teacher.

Today, she’s guest blogging with me about her newest book (out today!), HEARTS ON THE LINE, the concluding book in the 6-book Faith At the Crossroads series from Steeple Hill! 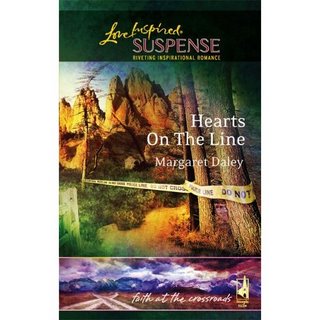 Boss, I’m finishing up all my articles before Alessandro and I get married later this month. He’s thrilled his uncle Max is out of the hospital and can attend the wedding. If only Baltasar Escalante weren’t still out there—Alessandro believes he’s plotting against the Vance and Montgomery families. My cousin Quinn has been busy restoring detective Becca Hilliard’s house, but he’s also on alert following the explosion at the hospital. I’d be thrilled if Quinn and Becca became a couple but I wonder how safe it is to fall in love when there’s a madman on the loose....

Can faith and love sustain two families against a diabolical enemy? 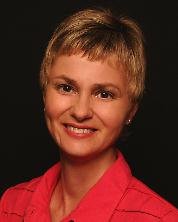 Writing a continuity takes team work and patience. Faith at the Crossroads, which for Hearts on the Line is the sixth book, was my second continuity series. I really enjoyed writing both that one and Tiny Blessings (my book was the fourth one--The Cinderella Plan) that appeared last fall. With Tiny Blessings we had a loop and occasionally got together about the stories and our character. But with Faith at the Crossroads we had to work constantly together (through a yahoo group) to make sure the mystery/suspense elements were carried throughout the series. That was not an easy task--hence the patience.

One change could affect more than your book so you had to be really careful and communicate anything that was different from the outline we got from our editor (my editor Diane Dietz who does a terrific job with all the continuity series for Love Inspired). When you use other people's heroines and heroes, you want to do a great job portraying them--hence the team work. I didn't want to write something that someone else's character would never do. I often ran the scenes by that author to make sure it sounded okay.

I was really fortunate to have worked with some wonderful authors on both continuity series. They were professional and easy to work with. I really enjoyed writing both The Cinderella Plan and Hearts on the Line. But I will have to admit I like doing my own stories the most. In a continuity series we are given a framework to work within when we do our book. There are certain elements that must be in our stories. Creating a book that is part of a continuity can be hard in a different sort of way than starting from scratch with one of your own books. I am glad I had the experience writing both for the Tiny Blessings and Faith at the Crossroads continuity series. It stretched me as a writer in a different way. I felt as if I was putting a jigsaw puzzle together with the frame and subject of the picture already done, but I had to come up with every other aspect while working with five other writers.

ACFW Conference prep—Pitching: Author Loree Lough has a very comprehensive post on her blog about how to prepare for an editor/agent appointment. It’s terrific—pointing out all the details you’ll need to have beforehand.

Many of the things she mentions don’t have to be memorized—a one-sheet or even just a piece of paper for you to read off of is perfectly fine in an appointment. An editor would much prefer you read your 30-second blurb over stumbling over your words or forgetting your plot and characters.

Plus, you don’t want to do like I did and mess up your pitch right in the middle of it. And then go, “Aaack! I messed up my pitch!” like a moron.

And you know what? I did it twice with two different editors. Just shoot me now. I don’t deserve to own my half a brain.

BUT, I still got a contract with one of those editors! Isn’t that something? So for all you writers who think your pitch is the only impression you’ll ever make, just be sure to smile and be nice after you screw up royally, and all might still turn out peachy.

Diet: Shamed by Ane, I went running yesterday. My body felt sore but I felt much better about myself. Thanks for cracking that whip, Ane! We’ll fit in our sequined dresses at the Awards Ceremony yet!

Writing: I turned in my revised manuscript!! Woohoo! Mucho thanks to Robin, Ronie, and Meredith for critiquing so fast.

Now I get to work on the next manuscript! I’m thinking of aiming for a rough draft by October 31st.