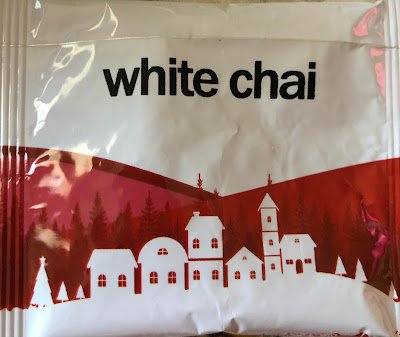 Today’s tea from my Tea Advent Calendar is White Chai. I already like Adagio’s chai teas, but I’ve never tasted their white chai. I’m hoping this is as good as their other chai teas. 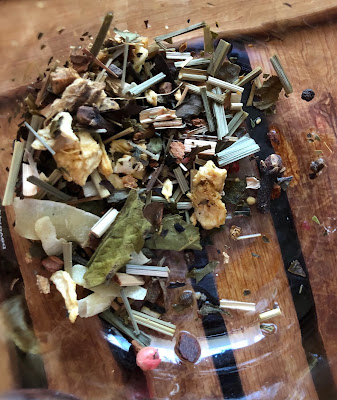 The tea ingredients are ginger, lemon grass, cinnamon, pineapple pieces, white tea, coconut, cloves, cardamom, natural spice flavor (what in the world is that???) apple pieces, red peppercorn, and natural cinnamon flavor. When I opened the packet, it smelled like chai tea, except a little fruitier. I’m not sure if that’s because of the white tea or the pineapple pieces. 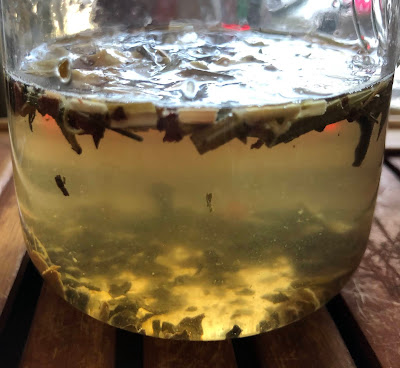 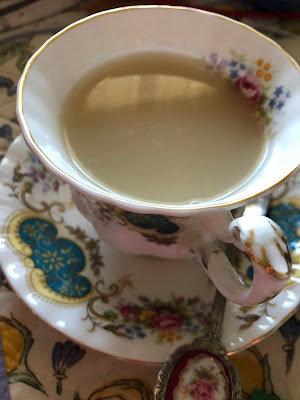 It didn’t taste terrible unsweetened, but I prefer my chai tea sweet and milky, so I added sugar and almond milk. It had a much lighter, slightly fruity flavor compared to regular chai tea. I liked it a lot! I could taste the lemon grass, which gave it a nice brightness. It was a nice tea to drink right after lunch.