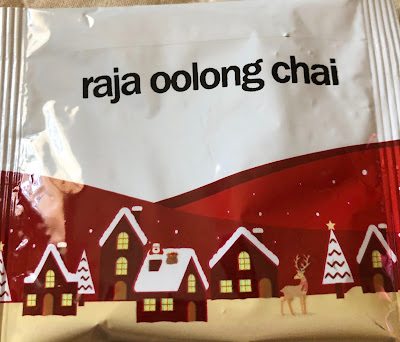 Today’s tea from my Tea Advent Calendar is Raja Oolong Chai, which I’ve never tried before. I’ve liked most of the other chai teas from Adagio, so I’m expecting this one to be good, too. 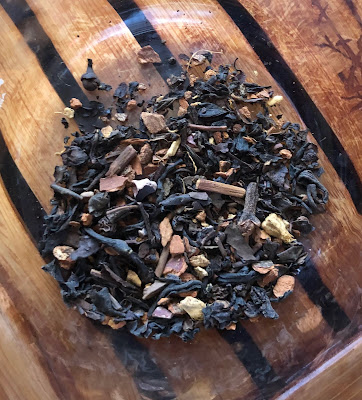 The ingredients are oolong tea, cinnamon, ginger, cardamom, chicory, cocoa nibs, natural spicy cinnamon flavor, black peppercorn, and cloves. I’m not exactly sure how it differs from regular chai tea, but when I opened the packet, it smelled similar to regular chai tea, but with a slightly woody scent that was different. I steeped it for 5 minutes in 8 ounces of 212ºF hot water. 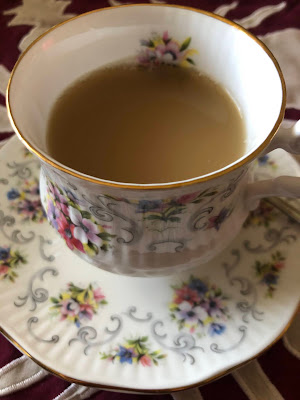 It actually tasted quite nice unsweetened. The cinnamon flavor is strong and it reminds me of the orange cinnamon tea from Hobee’s restaurant. With sugar and almond milk, the cinnamon flavor is a little toned down, but still strong and delicious. I think I might buy a few teabags of this for Captain Caffeine, who loves cinnamon tea and has been disappointed that the original flavor Good Earth Tea changed its recipe and it’s not the same anymore. This might be a good substitute for him.