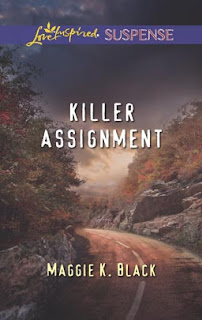 
FRONT PAGE NEWS: MURDER!
Journalist Katie Todd wanted her name as a byline on the front page, not in the obituaries. When an assignment goes very wrong, she finds herself pursued by ruthless kidnappers. Her only hope is the enigmatic and handsome Mark Armor. All clues point to him being the enemy of her enemy, but is he a friend—or something much more dangerous? Every move Mark makes to help Katie brings him closer to the life he left behind, but he can't say no to the beautiful writer. Will the secrets of his past put Katie in even more danger?
Excerpt of chapter one: