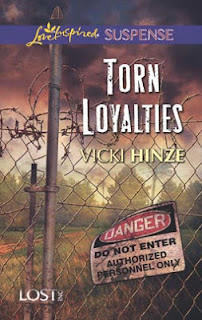 Madison McKay doesn't trust anyone. The former military woman and owner of Lost, Inc., learned about betrayal the hard way, in work and in love. That's why she'd never let herself fall for ex-military special investigator Grant Deaver. Yet when Madison is framed for a security breach at a top secret military facility, she's forced to put her life in Grant's hands. But after she discovers that he's been deceiving her, everything will be torn apart unless Grant can convince her to trust him with her life…and her heart.

This week, the featured book is: Marriage of Mercy by Carla Kelly (Harlequin Historical) (This is one of my favorite authors! I have this book on my TBR pile!)