Guest blog and giveaway - Guarding the Witness by Margaret Daley 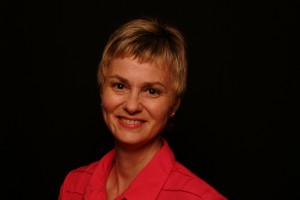 Today, I have a guest blog by Margaret Daley with a little "DVD extra" about her latest Love Inspired suspense, GUARDING THE WITNESS!

Margaret Daley is an award winning, multi-published author in the romance genre. One of her romantic suspense books, Hearts on the Line, won the American Christian Fiction Writers’ Book of the Year Contest. Recently she has won the Golden Quill Contest, FHL’s Inspirational Readers’ Choice Contest, Winter Rose Contest, Holt Medallion and the Barclay Gold Contest. She wrote for various secular publishers before the Lord led her to the Christian romance market. She currently writes inspirational romance and romantic suspense books for the Steeple Hill Love Inspired lines, romantic suspense for Abingdon Press and historical romance for Summerside Press. She has sold eighty-four books to date.

Margaret was the President for American Christian Fiction Writers (ACFW), an organization of over 2600 members. She was one of the founding members of the first ACFW local chapter, WIN in Oklahoma. She has taught numerous classes for online groups, ACFW and RWA chapters. She enjoys mentoring other authors.

Until she retired a few years ago, she was a teacher of students with special needs for twenty-seven years and volunteered with Special Olympics as a coach. She currently is on the Outreach committee at her church, working on several projects in her community as well as serving on her church’s vestry.

On a more personal note, she has been married for over forty years to Mike and has one son and four granddaughters. She treasures her time with her family and friends.

My Trip to Alaska
By Margaret Daley

I love Alaska. I could imagine all kind of suspenseful action taking place there, not to mention pure adventure. For instance when we were driving from Anchorage to Steward, we stopped at a park between the two towns. We went to the restroom then to see the park. The park ranger mentioned that there had been a grizzly bear around recently. I'm so glad I found that out after I went to the bathroom. Needless to say, I didn't walk around a lot at the park after that.

What impressed me about Alaska were the rich history and heritage as well as the magnificence of the place. My husband collects handmade basket from different places and he couldn't pass up buying one at the gift shop at the hospital where my friend's daughter worked as an intern. Great bargains and beautiful works of art.

I got to see some beautiful animals. The highlight was seeing a killer whale not but about five feet off the bow of my small boat I was in. Then there was the time the whales traveling in a pod all came up around our boat. I felt like I was in the middle of the pod. There was so much to see and so little time, but I did get to fly in a helicopter over the mountains and valleys (amazing scenery) and to handle a dog sled on the glacier (early July and I was in a heavy coat in the midst of a snow field). Fun!

What vacation did you have fun on? 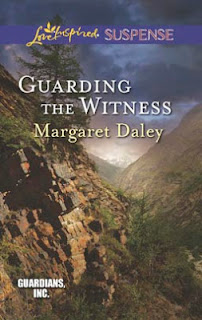 Guarding the Witness
by Margaret Daley

Running out of time…
After two months of protective custody, bodyguard Arianna Jackson is days away from testifying at a murder trial when the unthinkable happens. Her Alaska safe house is attacked, and Arianna is forced to go on the run with U.S. Marshal Brody Callahan. Arianna is used to issuing orders, not taking them, but now, out in the wild, with a bounty on her head and a killer on her heels, she has only one hope of making it to testify—the handsome protector at her side.

You must join my email newsletter to be eligible for this contest. Fill out the form below. Be sure to read the rules.

Extra Twitter entries: Get one extra entry per day if you tweet about this giveaway:
@camytang is giving away a copy of Margaret Daley’s Love Inspired Suspense GUARDING THE WITNESS! http://is.gd/2BUduQ
(Be sure to include @camytang so I can see your tweet and give you your extra entry.)