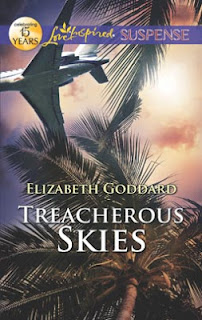 After years of peace and quiet, Maya Carpenter thinks she's safe—that her drug-lord father's world will never catch up with her. Then she's abducted and secretly stashed on a plane. And once she and the test pilot who finds her land in the Keys, the real threat begins….Daredevil pilot Connor Jacobson is no one's hero. And this time, he's in way over his head. Yet he can't leave Maya to face danger alone. Besides, he has a few tricks up his sleeve that might keep them safe…as long as he's willing to put everything at risk, including his heart.

This week, the featured book is: Sex, Lies and Midnight by Tawny Weber (Harlequin Blaze)