I know the rest of you are crying in your green smoothies that you didn’t win. Cheer up! Order the book! 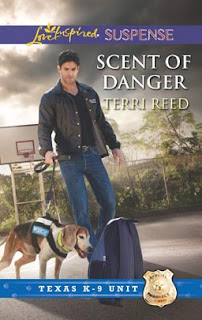 Scent of Danger
By
Terri Reed

Detective Melody Zachary is determined to find who killed her nephew in a drug-related murder. She's launched her teen center in his memory, to keep kids off the streets. And she'll prove to narcotics officer Parker Adams and his K-9 drug-sniffing partner, Sherlock, it's not a haven for dealers. As they risk their lives to save others, Melody discovers that Parker and she share the same deep commitment to making a difference. Will circumstances allow them to take the biggest risk yet—on love?


Also, don’t forget that it’s Free Book Friday over at Harlequin.com--if you order two or more books, you’ll get their weekly featured book for free!