I know the rest of you are crying in your Grapenuts that you didn’t win. Cheer up! Order the book! 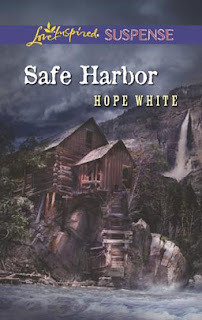 When he finds Nicole Harris cowering in a closet—a terrified witness to murder—Detective Alex Donovan's only priority is keeping the beautiful redhead alive. But Nicole is harboring a deep, dark secret—a childhood trauma that stops her from counting on anyone. Haunted by the violence in his own past, Alex knows he shouldn't get personally involved, but his own feelings blindside him. With a killer targeting Nicole as his next victim, Alex's toughest road is still ahead. Somehow, he's got to convince her to trust him with her life…and her heart.