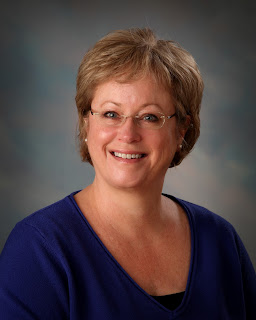 Today I have a special blog guest, my friend Missy Tippens! I also just found out that her book, A House Full of Hope, is a RITA finalist! It came out in February last year, but BarnesandNoble.com still has new paperback copies available, or you could order a used paperback copy on Amazon, or buy it as an ebook (Kindle, Nookbook, Kobobooks, iTunes).

Missy Tippens, a pastor’s wife and mom of three from near Atlanta, Georgia, made her first sale to Love Inspired in 2007. Her books have since been nominated for the Booksellers Best, ACFW Carol Award, Gayle Wilson Award of Excellence, Beacon Contest and a 2013 RT Reviewer’s Choice Award. A House Full of Hope has recently been named a Romance Writers of America RITA® Finalist. New from Love Inspired, Georgia Sweethearts is an April 2013 release. Visit Missy at www.missytippens.com.

Trying to Be Camy
By Missy Tippens

A few years ago, I attended a brainstorming retreat with Camy and several other writers. On this retreat, we spent group time talking out our books, trying to come up with ideas for the plots. We also spent time working individually.

I was fascinated to watch Camy work. She would type like crazy. Then put down her computer and knit for a while as she thought through her next scene. Then all of a sudden, she would toss aside her knitting and began to type like crazy, her fingers flying across the keyboard. I was inspired to try something creative to help me while I was in “think mode.”

But it wasn’t until years later when I began writing a book that involved a yarn shop that I finally picked up knitting needles and gave it a try. 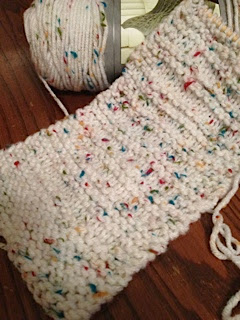 Actually, I had tried knitting about 25 years ago. Even bought gorgeous yarn and decided to knit my new husband a sweater for Christmas. But, alas, a sweater is a tough project for a newbie! I ended up completing one sleeve—and gave it to him, wrapped up with a booklet titled “101 Things to Do With a Sleeve.” Then I ditched knitting and went back to cross-stitch. :)

When I came up with the story idea for my book Georgia Sweethearts, I decided to join a new knitting group at my church. I borrowed needles and yarn and practiced the basic steps that first week. And I found I loved it! But I was nowhere near able to whip out a pair of socks while thinking of my story’s plot. I had to keep counting stitches and thinking through each move I made. I found I couldn’t even watch TV while knitting. It took too much concentration.

So these days, I just pick up my knitting on occasion for fun. The scarf I started over a year ago in that class at church? Well, here’s a photo. It’s still not completed! I wonder if I’ll ever finish a piece. I think I’m going to have to find something else to do while I’m mulling over my stories. Any suggestions? 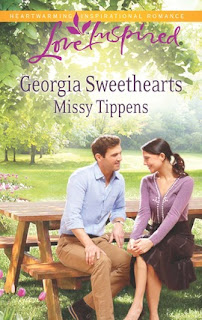 A Pattern For Love  After inheriting her great-aunt's failing yarn shop, Lilly Barnes is determined to make it a success. All she wants is stability, something she doesn't think possible in the small town of Corinthia, Georgia. Then Pastor Daniel Foreman rents space in her store to hold meetings for his growing congregation, and this proves to be her lifeline. At first Lilly wants nothing to do with Daniel's big dreams, but she soon finds herself starting to share his goals. Yet trouble between her customers and his congregation make them both doubt the path they're on. That is, until practical Lilly shows him that love is a risk worth taking.