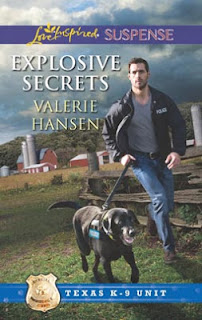 Pregnant and aloneImplicated by her criminal cousin, Nicki Johnson is now the target of a murderous gang. Dark-haired policeman Jackson Worth thinks she is hiding something, but his remarkable bomb-sniffing dog has no such reservations. He's there to protect her—no judgments, no questions.And Jackson is a man of honor. He'll stand by this beauty and her unborn child. Because it is the right thing to do. And because guarding her has left his battle-scarred heart open to the possibility of love. Which changes everything…

This week, the featured book is: Unexpected Family by Molly O'Keefe