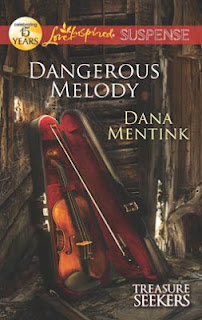 Stephanie Gage's father has been kidnapped—by a dangerous man who wants to make a trade. Her beloved dad for a multimillion-dollar family heirloom that's gone missing. Either Stephanie finds the valuable violin or her father dies. But to track it down, she must rely on Tate Fuego—the man who broke her heart years ago. Stephanie knows that Tate's reasons for helping have nothing to do with her.And that the handsome demolitions expert knows more about destroying things than saving lives. But trusting Tate is all that stands between Stephanie and a madman's ultimate revenge.

This week, the featured book is: Unexpected Family by Molly O'Keefe