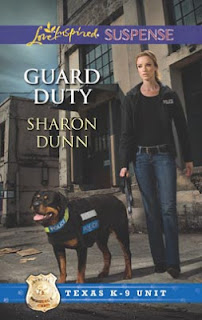 "If you tell, you die."
As a potential murder witness, rookie K-9 police officer Valerie Salgado is living with a death threat and caring for her young niece. And things get worse when FBI agent Trevor Lewis comes to Sagebrush, Texas. In exchange for her help on his case, Trevor offers Valerie protection, but Trevor has more walls around him than a maximum-security prison. And now Valerie must convince him that she, her niece and her K-9 partner would make the perfect family for him, if they can stay alive….
Texas K-9 Unit: These lawmen solve the toughest cases with the help of their brave canine partners

This week, the featured book is The Unspoken by Heather Graham.