Excerpt - DANGER ON THE MOUNTAIN by Lynette Eason 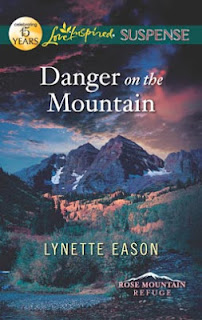 Danger on the Mountain
By Lynette Eason

After making a new life for herself and her infant daughter in Rose Mountain, widow Maggie Bennett thought they were safe. Getting caught in the middle of a bank robbery changes everything—and introduces her to policeman Reese Kirkpatrick. He seems to be everything her abusive late husband wasn't…just the man she needs to help her through the growing list of sinister occurrences. But Reese has his own baggage—and when a shocking betrayal puts Maggie at risk, Reese must decide if protecting his heart is worth losing a chance at love.

This week, the featured book is: Lady Folbroke's Delicious Deception by Christine Merrill