Sequel to Phantom of the Opera 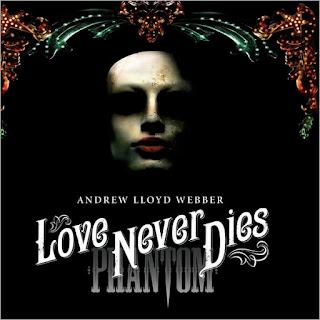 I saw Ramin Karimloo singing in the 25th Anniversary Les Miserables performance and looked him up and saw he performed in a show called Love Never Dies. I was surprised to see it was a continuation of Andrew Lloyd Webber’s Phantom of the Opera!

So I got the CD and have been listening. The music is very Andrew Lloyd Webber, it’s very different and yet similar to the Phantom.

The storyline is fascinating and theatrical, although I have a hard time believing the events of the song “Beneath a Moonless Sky,” even though most of the story hinges on them.

I would have loved to watch this but unfortunately I think it’s no longer playing. There’s an Australian version DVD releasing but it doesn’t have Ramin Karimloo in it, which is disappointing. He’s supposed to have created a more dynamic Phantom than any other actor who has played the character.