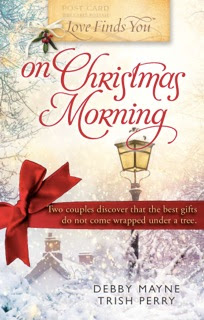 ‘Tis the Season (Trish Perry): When personal chef Nikki Tronnier moves back home to Cary, North Carolina, she plans to fulfill a lifelong dream and buy back the family home built by her great-grandfather for his bride. But before she is able to make an offer, someone else buys the house. Just as she prepares for a fight, she learns that the very person who stole her dream is the man who has also stolen her heart. Unaware, handsome new owner, Drew Cornell, seeks Nikki’s help in restoring the home to its historic beauty in time for Christmas.