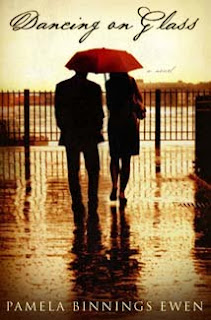 In the steamy city of New Orleans in 1974, Amalise Catoir sees Phillip Sharp as a charming, magnetic artist, unlike any man she has known. A young lawyer herself, raised in a small town and on the brink of a career with a large firm, she is strong and successful, yet sometimes too trusting and whimsical. Ama's rash decision to marry Phillip proves to be a mistake as he becomes overly possessive, drawing his wife away from family, friends, and her faith. His insidious, dangerous behavior becomes her dark, inescapable secret.

In this lawyer's unraveling world, can grace survive Ama's fatal choice? What would you do when prayers seem to go unanswered, faith has slipped away, evil stalks, and you feel yourself forever dancing on shattered glass?