After a day at Audra's house, Danica and I were ready to relax! So I treated her to high tea at the Brown Palace Hotel in downtown Denver!
OMG the food was absolutely yummy! Isn't this a cute server, too? 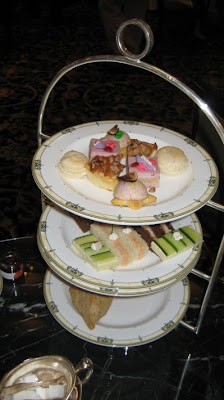 Here are the desserts, which I was tempted to eat first, but we didn't. The pale white/beige things at 9 and 3 o'clock were coconut macaroons, but they were more like pastry puffs filled with macaroon paste. OMG they were awesome! The pink petit four squares at 10 and 4 o'clock were some fruity passion fruit? sponge cake and cream things. The round scoops on cookies at noon and 6 o'clock were some mousse fruity things with a fig on top, and the triangle things at 2 and 7 o'clock were mini apple pie slices (aren't they cute???) Maybe Danica can chime in if she remembers what the other stuff was exactly. 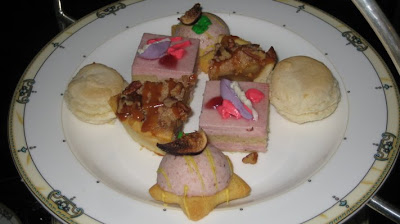 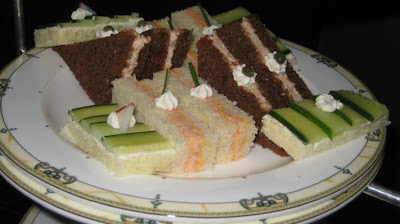 And the scones! They were tasty, although we'd had scones at Wystone Tea a day or two earlier that I thought were better. Who am I kidding--slather that thing with clotted cream, and Camy is a happy girl! 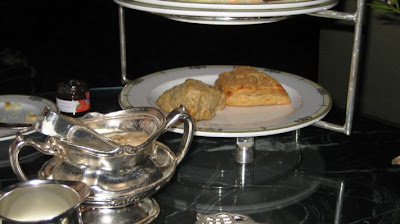 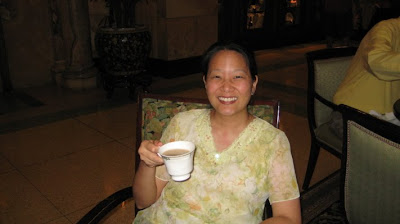 Me and Danica. Isn't the decor totally cool? Kind of retro Victorian. 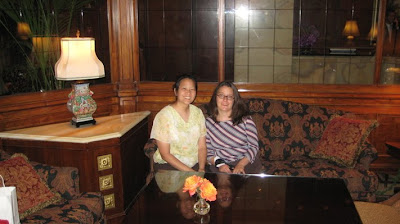