I succumbed to yarn fumes

Fans of the “Yarn Harlot” Stephanie Pearl-McPhee will recognize the term “yarn fumes” and their detrimental effect on a knitter’s wallet.

Basically, the theory is that yarns put off a potent fume that hypnotizes and induces hapless knitters to open their purses and unload at each and every store/booth selling the stuff.

I scoffed at the idea. Silly me.

I succumbed to the yarn fumes at the Stitches West knitting/yarn convention last week.

The convention is HUGE. It’s at the Santa Clara Convention Center, and outside of the massive Marketplace where there are hundreds of booths of vendors, the convention offers multitudes of classes and a fashion show.

We didn’t see the fashion show, but we blazed our way through the booths of vendors.

It was a good thing Captain Caffeine was not there to witness the bloodshed.

Here's a picture of how crowded it was. Relatively speaking, it wasn't that bad in this section--other booths were packed with people. 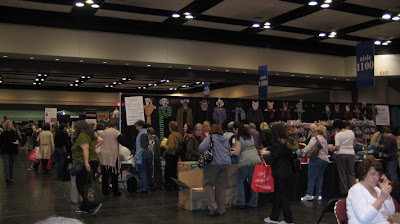 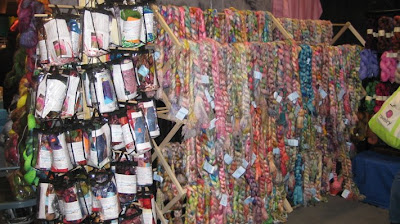 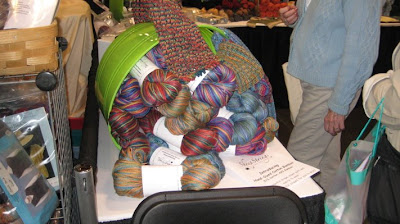 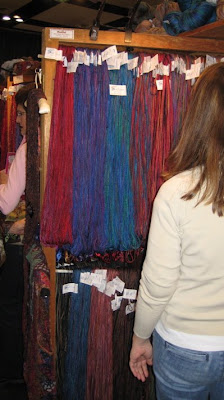 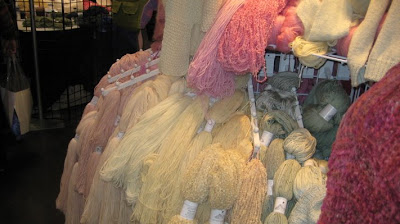 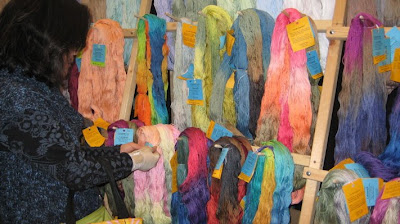 This is the booth where I bought my kimono (below) 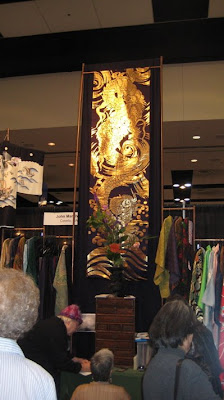 I knew I was going to buy yarn. I just was not prepared for the eye popping colors, the intoxication of the yarn fumes, the skeins that felt like buttah against my skin.

I bought only one skein of sock yarn, in my favorite colorway, PINK! 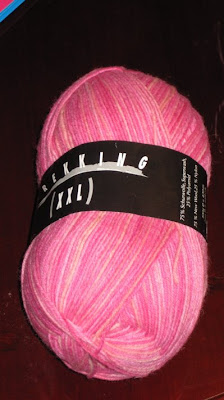 This is a pretty rayon/cotton worsted yarn that I want to make into a pretty skirt for spring. But since I'm still behind on my knitting, it'll probably be next spring. 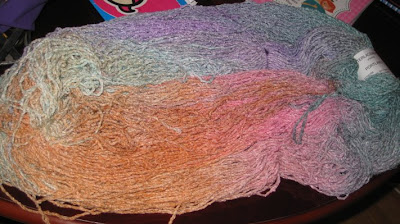 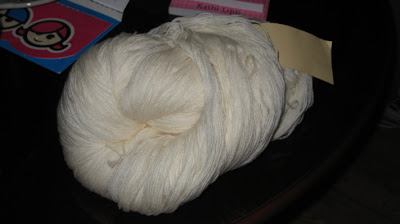 Me being me, I bought lace yarn. Below, the teal color is mohair yarn all the way from a farm in Australia. The cream skeins were only $5 a pop, and the yellow is a fine merino wool. I've wanted a yellow lace scarf for a while now, and this is the first really pretty yellow color I've seen in laceweight. 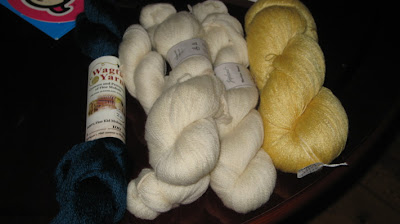 More lace yarn! These are very fine cotton, and they're hand-painted. I think I'll use them for gifts, since I don't have to worry about people being allergic to wool. 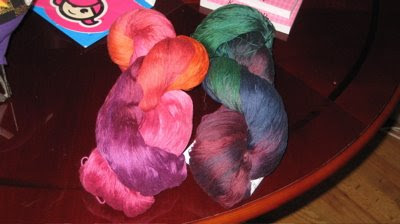 If you don't already know what this is, you are going to die. This is qiviut, or musk ox yarn, from Alaska. It's one of the softest, warmest, and most expensive yarns in the world because of how labor intensive it is to separate the soft underwool from the rough outer wool. I have always wanted to try to knit with it, and I was so excited to be able to feel it. It really is incredibly soft--softer than cashmere. The booth had it at 85% off, so I thought I'd try ONE SKEIN and make it into a special scarf. The price? $83 for this one little ball. 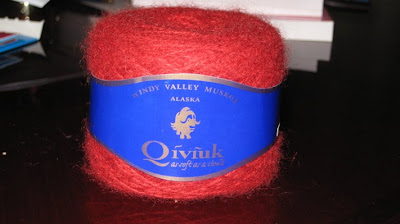 There was also a booth (above) of a guy selling silk kimonos and hand painted silk garments (not knitted) and I fell in love with this one, which is imported from Japan. I'm not sure where I will wear it, possibly to the ACFW Awards banquet in September, but I'm not positive yet. You can't really tell from the picture, but it's stunning. 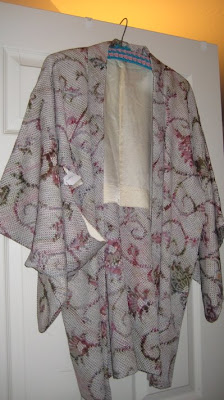