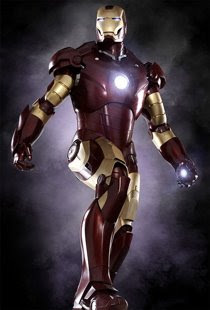 I realize I’m late in posting this, but I just saw Ironman a couple weeks ago and it was FABULOUS! It was the most entertaining movie I’ve seen in a long time. I even liked it better than Mr. and Mrs. Smith (although that flick is a close second).

I think because the acting was great. Robert Downey Jr. and Gwyneth Paltrow were fantastic. I especially liked how the Pepper character is an older woman with more maturity than, say, MaryJane in Spiderman. Pepper was strong, intelligent, and relatively cool under fire.

And did you guys catch the Easter Egg at the end of the credits??? Awesome!!!