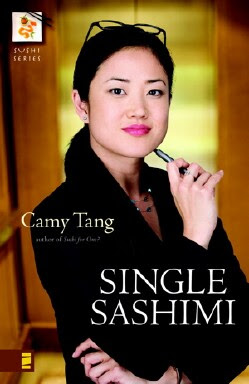 I now have the first chapter of Single Sashimi up on my website!

Okay, well, not really, but here’s a little something interesting for you guys.

If you bought the first printing of Only Uni, there was the first chapter of Single Sashimi at the end. In that chapter, a certain "happy event" occurs for Trish and Spenser.

Well, that first chapter had to be sent to print in Only Uni before the final edits were done on Single Sashimi, and when edits were being completed, my editors decided to nix the "happy event."

I totally understand why they decided to cut it—the book was a bit "busy" with it in, and it affected the pacing. Following up on the "happy event" throughout Single Sashimi also made the book too long and too frantic.

However, they fixed the error in the second printing of Only Uni (which just occurred last month).

The good news is that now I'm free to write a short story detailing the "happy event" in a different way! I'll try to finish it by the end of the year, and it'll be available as a free .pdf download to my newsletter YahooGroup members.

Want to read the original version of chapter one of Single Sashimi? First printings might still be available. Try Amazon.com, Christianbook.com, or BarnesandNoble.com.