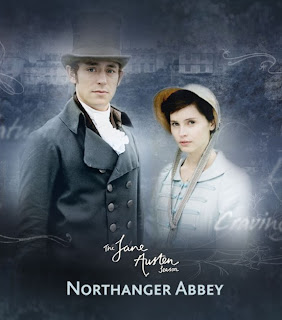 Okay, I finally got a chance to watch Northanger Abbey on Masterpiece. I was very entertained! I have to admit, however, that I’m not as fond of Northanger Abbey as I am of Persuasion, so I wasn’t well-versed enough to know where the script deviated from the novel.

I thought it was very well cast. I LOVED the actor who played Henry Tilney—I thought he was perfect. I also liked the actress who plays Catherine Moorland. And I thought Mrs. Allen looked familiar—the actress is the same one who played Fanny Price in that old BBC version of Mansfield Park!

Anyway, it’s gotten me to read Northanger Abbey again. So far, there are a few differences but nothing major—mostly just to compress the storyline for a 2 hour movie. And I found out that the script was written by Andrew Davies, who did the BBC miniseries Pride and Prejudice starring Colin Firth, so I’m rather pleased.