Today I have an interview with historical fiction author Tricia Goyer about her latest novel, A Valley of Betrayal!

Artist Sophie Grace has one goal: finding her beloved Michael in war-torn Spain. His work as a news photographer has taken him deep into the country wracked by civil war between rag-tag Spanish patriots and Nazi-backed Franco forces.

Secrets abound in ruined Spain. Michael is loving but elusive, especially about beautiful Maria. The American who helped Sophie sneak into Spain turns up in odd places. Michael’s friend José knows more than he tells. When reports of Michael’s disappearance reach her, Sophie is devastated. What are her feelings for Philip, an American soldier who comes to her rescue? Sophie must sift truth from lies as she becomes more embroiled in the war that threatens her life and breaks her heart.

Acclaimed author Tricia Goyer creates a riveting cast of characters against the backdrop of pre-WWII Spain. Love, loss, pain, and beauty abound in this first book in her new series, Chronicles of the Spanish Civil War. 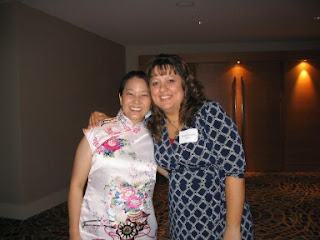 And now, here’s me and Tricia!

What inspired the storyline for A Valley of Betrayal?

I was actually researching for my novel Arms of Deliverance, when one of the veterans mentioned he was a veteran of The Spanish Civil War. I'd heard of Hemmingway's For Whom the Bell Tolls, but that's pretty much all I knew about that war. Once I started looking into it, I was fascinated. The war broke out right before WWII in Spain. It had bad Nazis and American volunteers ... and some consider it the first battles of WWII. How could I NOT write about that?

What's your favorite scene from A Valley of Betrayal?

My favorite scene is when my main character Philip is on the battlefield and he looks up to see ... a woman there. I can't tell you more than that, but it is a tense-filled scene if I say so myself!

If your heroine were a llama, what would her name be and why?

Hahaha ... a llama. Well, I've never considered writing about a llama before but Harriet would be a nice name. It sounds beautiful!

If you were an ice cream flavor, what would you be and why?

Camy, you ask weird questions. I'd be ... chocolate and vanilla soft-serve swirl. I'm outgoing, yet I long for quiet and space ... a nice mix. And I'm soft and sweet :-)

What's your favorite local restaurant and why?

Hu-Hott. It's a Mongolian grill where you get to pick out your veggies and meat and sauces and have the chefs fry them up. What can I say ... I like being in control!

Camy, you're the best!

Camy here: (Translation: Camy, you’re the weirdest friend I have, but I love you anyway. :)

Thanks for being here, Tricia!