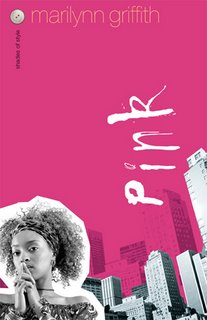 HIGH FASHION MEETS ROMANCE IN THE BIG APPLE FOR A FRESH, FUNKY DESIGNER

Raya Joseph wants to break free from the beige world around her and celebrate the color of the city. With a sassy pink style and a radical change of hair, she’s off to conquer the design world. But it doesn’t take long for Raya to meet her match—in style and flair. Flex Dunham, a personal trainer and one of Raya’s clients, has got it going on.

As much as Raya would like to pursue a relationship with Flex, she has other matters on her mind—and on her heart. Then a blast from the past comes back to haunt her, and Raya can’t help but wonder if she made the right decision in keeping her past a secret. Flex seems to be hiding something too. But what?

Woven with humor, heartache, and hip friendships, Raya’s new life as a lot of colorful threads. But will the end result be a beautiful design? Or will it fall apart at the seams? Join Raya and her friends Lily Chau, Jean Guerra, and Chenille Rizzo as they untangle the threads in the Shades of Style series.

The cast of women who will play out this series is fabulous. Each are unique and colorful. I admit I liked the other three characters better than Raya, who I had a little difficulty relating to (explained below), and I’m looking forward to the other stories in Shades of Style.

Even the cheerful, spiritual one—Chenille—doesn’t come across as too goody-goody. Mary has made her real and likeable even though the book opens with her donating money to orphans and being a prayer warrior for her friend.

The middle sagged a little for me. I didn’t think there was enough relational conflict/tension between Raya and Flex to keep them apart. I kept yelling at them, “Get on with it! What’s the problem?” Of course, when you start yelling at characters, it’s either a good sign you’re flying off the deep end, or it shows the writer did a good job.

And what’s with Raya assuming EVERY woman she sees with Flex is his girlfriend in some way? I’ve only known a couple girls that paranoid, but they had several other problems as well, and Raya is relatively with it. I couldn’t relate to her paranoid side. Then again, there are girls who really are that paranoid, so it might be just me.

I love the fact that everyone in the book is broken in some way. These are real people with real problems. They are not people I could never hope to be. They are not perfect Christians flaunting their faith, and they are not horrible sinners going places I wouldn’t go. I felt like I was dropped into their world and embraced as a sister in Christ.

I think that older teens (17-19) and 20- to 30-somethings would like the urban setting and romance. I don’t think this would necessarily appeal to a younger teen audience because some of the life issues are quite intense. This seemed to be more like romantic women’s fiction than chick-lit, but it had a hipper, fresher feel than typical women’s fiction novels. 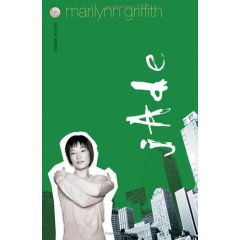