Today I have debut novelist Jill Nelson with me! Jill didn’t know what she was getting into when she agreed to a “little interview” with the Camster. Let’s hope she escaped with sanity unscathed. Hehehehe. 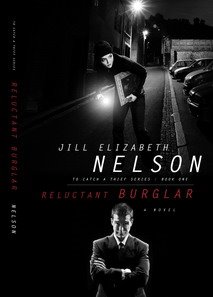 Jill’s latest novel is RELUCTANT BURGLAR, the first book in her To Catch a Thief series!

Now, can she return the favor?

If Desiree Jacobs knows anything, it's art. Her father, whose security company is internationally renowned, taught her everything he knew. Most of all, he taught her about honor. Integrity. Faith. So surely God will forgive her for despising the one man determined to destroy her father's good name?

Special Agent Tony Lucano knows Hiram Jacobs is an art thief. But what he can't figure out is Desiree. Is she the innocent she claims, or a clever accomplice?

Then Hiram is murdered. And along with his company, he leaves Desiree a hidden container—full of stolen paintings. But she can't admit her father was a thief! That would destroy their business, put people out of jobs, and embarrass international museums that have been displaying clever forgeries. No, she must find out why her honest father would turn criminal. And she must return the priceless art to the rightful owners without their knowledge. Even if it means facing down a ring of cutthroat art thieves. 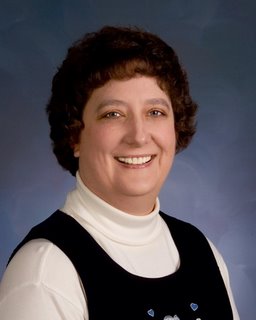 What inspired the story line and characters of RELUCTANT BURGLAR and the idea of To Catch a Thief series? Have you ever worked in security for art?

A dream inspired the story line for Burglar and the series. Not a daydream—a literal wake-you-up-in-the-middle-of-the-night-with-your-heart-pounding dream. In my dream, a woman sneaked into a home in the middle of the night to return a genuine painting that had been stolen and replaced by a clever forgery. I didn’t know much about her except that she was an expert at what she did, and if she were caught, the world would come to an end for her and lots of innocent people. My imagination began to play with that nugget. I love stories where people risk much to do the right thing, and I feel sick whenever I hear of art or antiquities desecrated or stolen. Putting these elements together into a tale of intrigue—with a sassy heroine and an intense hero—came easily. I believe that capturing the imagination with a gripping story makes a most effective vehicle to convey thought-provoking realities.

You were the Senior Inspirational Reviewer for Romantic Times BOOKClub magazine--how was that job? Any juicy stories you can impart without risking a mob hit?

From 2002 through 2005, I read and reviewed 8 – 12 inspirational fiction titles per month. I loved the job, and it educated me thoroughly on what was working out there in the world of Christian fiction, but it was time-consuming. RT policy dictates that once a reviewer contracts a novel, they can no longer review for the magazine—conflict of interest. But even if that hadn’t been the policy, I would have had to “retire” my reviewer hat. Now that I’m writing on deadlines, I barely have time to read, though I squeeze one in once in a while.

I’m compelled to crow here. Just a little. Please forgive me. The review for RELUCTANT BURGLAR came out in the August issue of RT, and the reviewer (who I do NOT know) awarded BURGLAR a TOP PICK! for the month and the highest rating of 4.5. (Well, there is a 4.5 Gold, but that’s reserved for a classic that will transcend time and space.) Here’s a little of what the reviewer said: "Nelson's debut is fantastic! Suspense, romance and humor blend together to provide exquisite entertainment."

Also, there was a perk to being a former reviewer. The magazine interviewed me for a spot in their monthly Clubhouse segment and gave me and BURGLAR a full page splash. What can I say? I’m blessed!

That’s so awesome! Congratulations! Now, what are the books/authors that have most influenced you?

Here’s a testimony of how God takes words that come from your heart and brings them to pass (as long as they are in line with His will, of course). About five years ago, I read Francine Rivers’ REDEEMING LOVE. The book blew me away! After I closed the last page, I looked to see what publisher had the Godly guts to print this evocative masterpiece. It was Multnomah Publishing Company. I remember saying out loud—“Someday I’m going to publish with these people.” Guess who’s putting out BURGLAR and the rest of the To Catch a Thief series? Yep. Multnomah. God is faithful, and I’ll bet He got a chuckle out of arranging this deal.

What is one book you wish you could have written?

Finish this sentence: Writing a novel is like . . . chewing gum, patting your head and tummy, and riding a bicycle backward—all at the same time. Lots to coordinate in order to get it right and avoid a wreck.

Do you have a favorite scripture verse for your writing?

This is my verse for every aspect of life.

Preach the Word! Be ready in season and out of season . . . fulfill your ministry. II Timothy 4: 2a and 5b.

With fiction, the trick is to preach the word without preaching at all.

I’m totally with you there! What is your favorite painting or work of art?

I don’t have a favorite painting or work of art, though I’m extremely impressed by the entire body of work by Michelangelo. He was a devout man, at the end of his life even joining the movement for reforms in the church that would put the emphasis of salvation back on God’s grace, rather than man’s works. He was an accomplished poet and architect, as well as an artist.

As far as individual pieces, I enjoy most paintings by Georgia O’Keefe, especially her floral pieces. She wasn’t a Christian, more of a radical feminist in her day, but I find her work joyful and uplifting in its simplicity and grace. RELUCTANT RUNAWAY, book two in the To Catch a Thief series, will feature her paintings.

Each book in the series focuses on a specific type of art. In BURGLAR, it’s paintings by European masters. In RELUCTANT RUNAWAY, it’s American and Native American art. In RELUCTANT SMUGGLER, it’s Hispanic art. With a sub-theme of art types, I can throw a little interesting education in there along with the story.

That sounds so cool! So, if you could be any artist, who would you be and why?

Michelangelo. See above. The man had convictions and character, as well as artistic genius. But I have to admit I’m well content with the gift the Lord’s given me—to be a word-artist.

If you could be any painting, what would you be and why?

The Sistine Chapel? No, never mind. Too grandiose and complex. You’d have to put me down for one of Georgia’s more understated florals. I just want to bring a little joy and grace to people’s lives.

You’re off the hot-seat! Any parting words?

I love reader mail! E-mail me at jnelson@jillelizabethnelson.com. My web site is http://www.jillelizabethnelson.com. Be sure to enter the contest on my Stealth and Wealth page. And from my Contact page, you can e-mail me or sign up for my newsletter. I’m putting together a loot bag that one newsletter subscriber will win as soon as my subscription base doubles from where it is now. We’re talking cool loot like art prints, books, DVDs, and edible treats.

Diet: My stomach pooches. All you women out there know exactly what I’m talking about. I sit here in my chair and suck in my gut and it still overflows my waistband like ice cream over the edge of a cone.

Anyway, I’ve been exercising but man it is SO hard to drag my lazy butt out to the living room to do Denise Austin. Nothing against Denise, she’s very nice to exercise with even if she does do all those ab exercises like they’re nothing, but my body is naturally a let’s-rest-on-the-couch-and-watch-Pride-and-Prejudice kind of type. With buttery scones and tea with sugar and cream on the coffee table in front of me.

Why does this take so long? Why can’t spiritual maturity and losing poundage be done in a week or two?