Gorgeous Ralph Fiennes: Just saw the movie The Constant Gardener via Netflix (looooooove Netflix!). First off, I totally didn’t get the title. So he’s a gardener. What did that have to do with the storyline? Probably some esoteric, philosophical metaphor that flew right over my head.

Second, I got a bad case of motion sickness while watching this movie. Did they really need all that live motion camera action? I missed the last quarter of the movie because I kept my eyes closed. It wasn't even very much action at all. It was more of an artsy directorial choice.

It was described as an intrigue thriller. Where was the thrill? It started and progressed more like an artistic film. I thought John Le Carre wrote thrillers?

And I really don’t know why I watched until the end. Probably because I was cold and it was warm sitting on the couch with my husband, and I was too lazy to move to turn it off.

Let me say, I’m glad it was a Netflix.

The acting was good. I mean, I'm not a professional movie critic, but I thought the actors were great.

I just don’t like artsy films. Give me an action film any day. Guns and explosions, baby.

Or the British-filmed Jane Austen movies (that one’s for you, Ruth).

Or a chick-lit (I really loved the ABC Family movie See Jane Date, based on Melissa Senate’s book).

Pardon me while I go take a Dramamine for my poor stomach.

People say the nicest things! Here's a couple huge cyber-smoochies for Mir and Squirl for saying such wonderful things about my critique service, The Story Sensei. 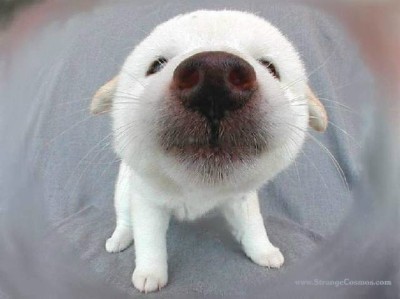 I'm still open for business! I do large-scale structural and substantive critiques of storylines and character arcs based on synopses. I point out structural weaknesses that might concern an editor and areas that might need a little more character development to boost your characterization to diamond-brilliance.

Other freelance editors will give you this kind of substantive feedback after reading your entire manuscript and charging per page, but I can give you quick and easy feedback from your synopsis, charging a lot less. Check out my Story Sensei website for more information.

Sore throat: So Dineen gave me this cold, but I've been discovering that a great soother for my scratchy throat is Oolong tea with honey. I think the honey coats my throat somehow. Not sure. Anyway, it helps me sleep better at night.

Writing: Today I cleared my wall of all the post-its from my last manuscript and I'm ready to brainstorm a little more on the next one. My wall is not the smoothest place for post-its--they keep falling down--so I'm thinking of attaching a grid of thin masking tape to help hold my ideas. Wonder if it'll peel the paint off? Well, if it does, that's just an excuse to finally paint my walls the PINK I want to color it. :)