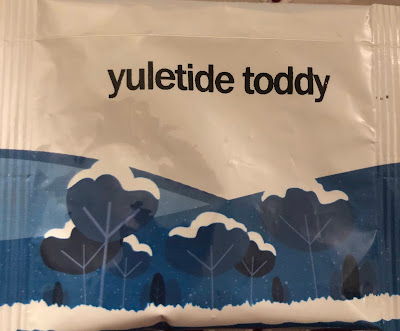 My last tea in my Tea Advent Calendar is Yuletide Toddy. That sounds like something to drink after dinner on Christmas Eve, but I’m drinking it for lunch instead. 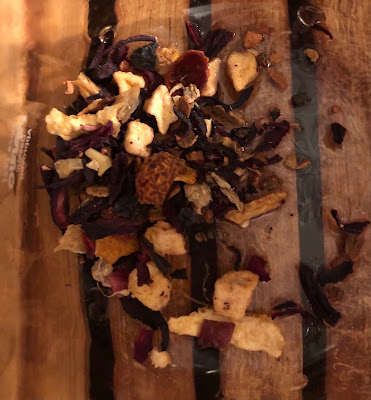 The tea contains rose hips, hibiscus, apple pieces, orange, ginger, cinnamon, cherries, cranberry flavor, cinnamon flavor, orange flavor, and ginger flavor. Wow that’s a lot of ingredients! It also looks like a non-caffeinated tea, which is great! When I opened the packet, it smelled deliciously tart, kind of like a mix of orange and cranberry juice. 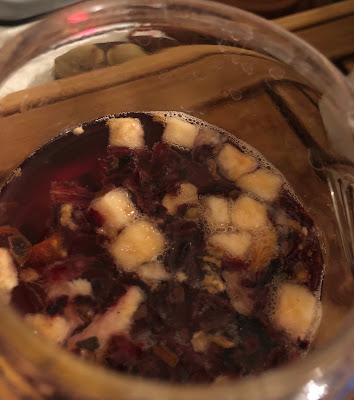 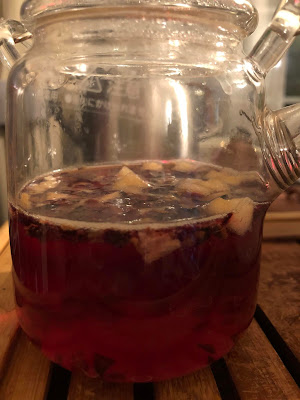 I steeped it for 10 minutes in 8 ounces of 212ºF hot water. It turned a really pretty dark pink/purple color. 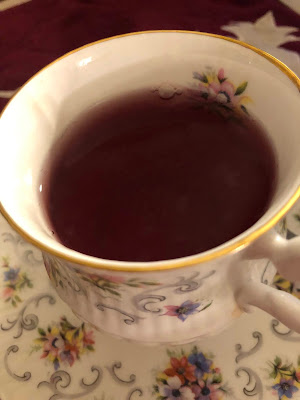 Drinking the tea in my Tea Advent Calendar has been fun! There were a few duds, but on a whole this is a great sampler of some of the best flavored autumn and winter teas from Adagio.

I wish you all a Merry Christmas!