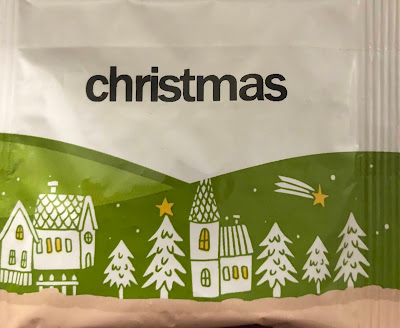 The tea contains black tea, cinnamon, orange, natural spice flavor, cardamom, cloves, ginger, natural ginger flavor, and natural cinnamon flavor. When I opened the packet, I could smell the ginger and spices, but it didn’t smell like mulling spices. It was a slightly deeper flavor. This might be good with almond milk added to it. 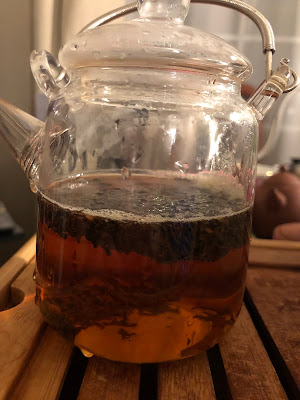 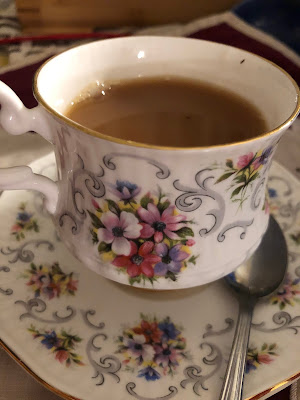 I didn’t like the taste of the tea unsweetened at all—it was a like a melange of bitter spices—so I added almond milk and sugar. It tasted much better then—I could taste the ginger and cinnamon. It wasn’t quite a chai flavor, nor was it like mulling spices or pumpkin spices, but it was kind of a mix of all of them. It’s hard to describe, but it was a really nice, warm cup of black tea.