November 17, 2021
I really love chai tea and I got a chance to try this sampler box of Chai teas from Adagio.com. I had already tried and enjoyed three of the four teas in this sampler box. Adagio makes fantastic chai teas. 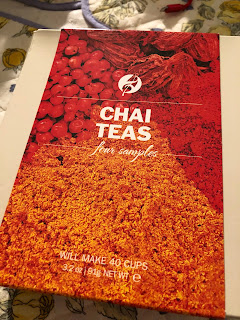 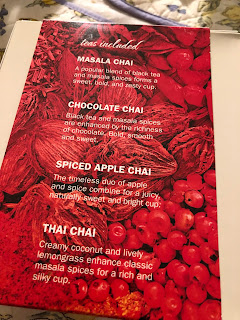 You can simmer the loose leaf tea directly in milk, which I have done before and enjoyed very much, but it’s a little too much work for me since I am lazy. Instead, I brew an extra strong pot of tea with hot water, then add lots of milk and honey or sugar.

(I usually add regular cow’s milk, but because of my IBS issues lately, I have been drinking tea with almond milk instead. That is the milk I am using today for the photos below. I am also using sugar instead of honey because of my IBS, which makes me sad because it doesn’t taste as good as honey. When I say honey in the blog post below, I’m recommending you use honey but I’m using sugar.)

Masala Chai
I like the flavor of the masala chai tea, but it can have a strong pepper flavor if you are sensitive to that. I steep 2 level teaspoons of tea per cup of 212°F water for 10 minutes. 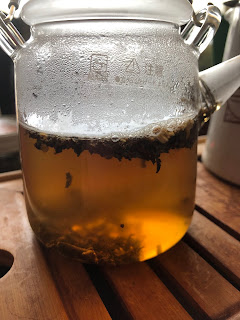 Depending on how much milk and honey/sugar you add, the tea can be strongly spiced or only gently spiced. I add lots of both so the pepper is only a gentle tickle at the back of my throat and I taste mostly the other spices. It’s a really nice balance and while I think I can taste the ginger, cardamom, and cloves, mostly they all meld together quite harmoniously. 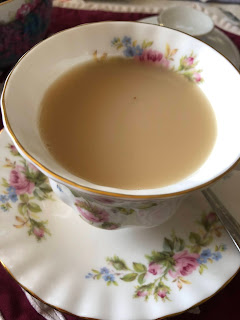 It’s a delicious chai tea, but I admit I prefer the chocolate and apple chai teas better. Just personal preference.

Chocolate Chai
The looseleaf tea smells like an exotic chocolate bar. I steep 2 and 1/4 level teaspoons of tea in one cup of 212°F water for three minutes. 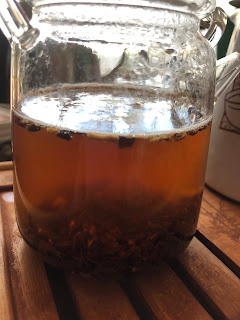 I add lots of milk and honey/sugar. I admit that for the chocolate chai tea, I prefer to add a little less milk and a little more honey than I do for the masala chai tea. 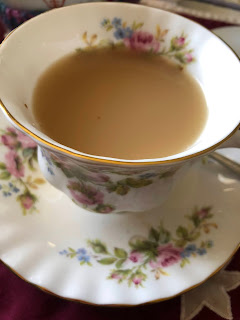 I sometimes add a little bit of cocoa powder to the tea so that it tastes a little more like chai spiced hot chocolate.

Without the cocoa powder, the chocolate flavor is more subtle, and it tastes like chai tea but with a dark chocolate aftertaste that lingers on my tongue, as if I swallowed a little bite of a dark chocolate bar.

This chai is my go-to tea for cold, rainy winter weather.

Spiced Apple Chai
Looseleaf Apple Chai tea smells like a hot spiced apple cider toddy. There are lots of little apple pieces in the looseleaf tea that float to the top when it is steeping. I steep 2 and 1/4 level teaspoons of tea in one cup of 212°F water for five minutes. 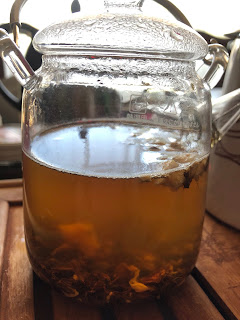 I add lots of honey/sugar and only a little milk. The tea actually curdled my almond milk because of the acidity level, but it doesn’t do that when I use cow’s milk. 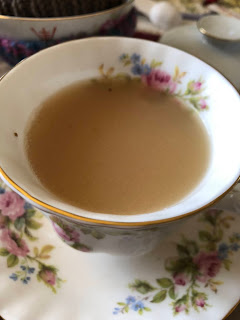 The tea tastes divine. Sweet apple flavor and chai spices go really well together. The little bit of milk gives the tea a smoother and slightly less acidic mouthfeel. This is the tea I love to drink when the weather just starts to turn cold and gets blustery.

Thai Chai
Before this sampler box, I had never tried the Thai Chai tea before. There are lots of large coconut pieces in the looseleaf tea as well as lemongrass, and I could smell the citrusy lemongrass scent when I opened the bag. 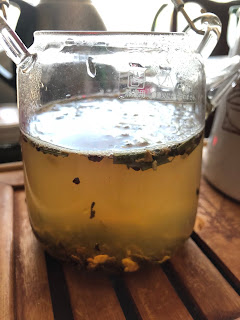 Like with the Apple Chai tea, I added lots of honey/sugar but only a little milk. I was a little worried that it would curdle the almond milk, but it did not, so it must not be quite as acidic as the apple tea. 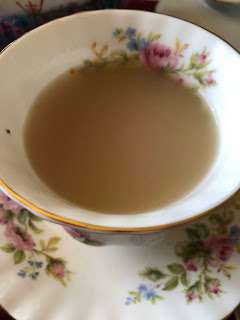 The coconut flavor came out more after the tea was steeped, with the light aroma of the lemongrass. It was really delicious, although it didn’t quite seem like chai tea to me. It was more like a coconut lemongrass spiced tea. It’s the kind of tea that I would enjoy drinking after a meal, maybe with a little bit of fruit or a slice of cake. Then again, I like drinking all kinds of tea with cake, so take that with a grain of salt.

This is a wonderful sampler box, especially for someone who already enjoys chai tea. The tea is delicious, and you don’t have to simmer it in milk to enjoy a cup of chai tea. The different chai tea flavors are very diverse, and are sure to appeal to a wide variety of people.