Beyond the Boundary - "Never Be the Same" 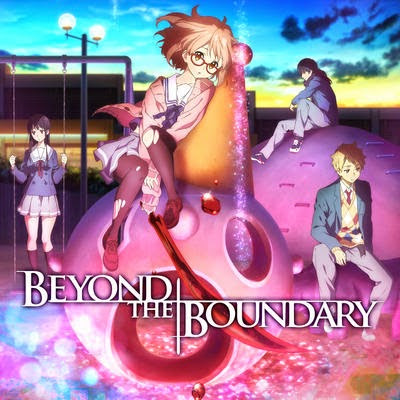 Yes, anime again. :) I’ve been watching a lot of anime lately, although this one I saw a while ago. It’s called Kyoukai no Kanata or Beyond the Boundary. I loved it so much that I bought it on iTunes. It’s a supernatural humorous romance adventure, which really just hit me in all the right places.

Each character has some type of hangup, including some weird perverted ones which the show makes fun of, but which are a bit weird for my American-cultured background. But aside from that, the action and adventure is really entertaining. And the heroine’s sense of being alone, mirrored in the hero in a different way, really resonates with me because I’ve felt that way.

I found this AMV video on YouTube, and it just really expresses the tragic/humorous romance of the two characters, Mirai and Akihito. It may not make sense if you haven’t seen the anime show, but it’s still a great AMV.