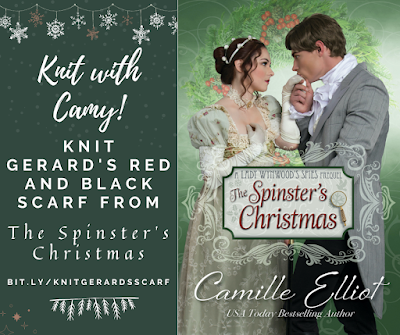 For fun, I decided to knit the Regency scarf that Gerard, my hero, gives to my heroine in my Christmas short novel, The Spinster's Christmas. I can’t remember if I posted the finished scarf on my blog, including any changes I made to the pattern, so here it is.

I chose A Gentleman’s Comforter from The Ladies’ Knitting and Netting Book, First Series by Miss Watts, originally published in 1837. You can download the .pdf of the Fifth Edition, with additions, which was published in 1840.

I’m pretty sure this pattern was in use in the Regency, because most patterns had been passed down by word of mouth long before they were published. So Jane Austen could have gotten this pattern from a friend or family member and used it when making a scarf for her father. :) 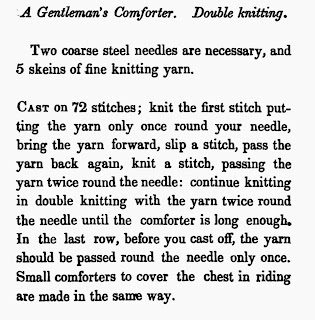 I got my yarn from KnitPicks.com, and was thrilled to find a “Hollyberry” color way. Very Christmasy! 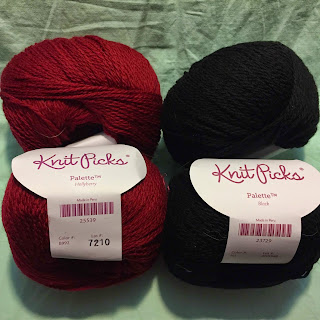 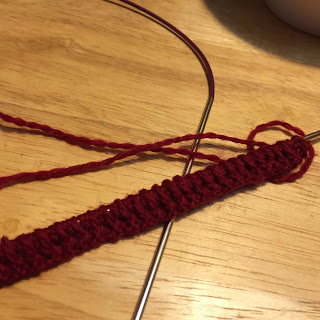 Repeat this last row until your scarf is long enough.

It’s basic double knitting, but with a drop stitch, which makes the stitches a bit poofy and airy. It makes the scarf soft even if the wool is a bit tightly spun. A tightly spun yarn is typically more durable, and that would make the scarf durable, soft, and warm all at once.

The original pattern calls for one color, but I did 4" long red and black blocks. 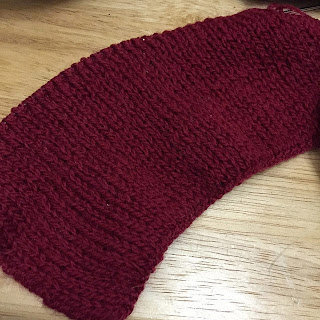 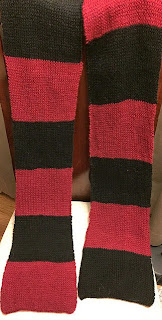 If you end up knitting this scarf, please do let me know and send pictures! I might post them on my blog. :) 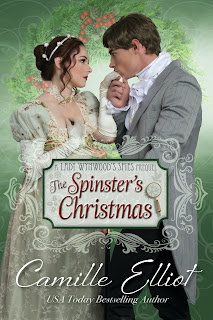 Gerard's red and black scarf is featured in my Christian Regency romance, The Spinster's Christmas, which is available to read for free on my blog. It is the prequel book to my Lady Wynwood’s Spies series.