Excerpt - In Pursuit of a Princess by Lenora Worth 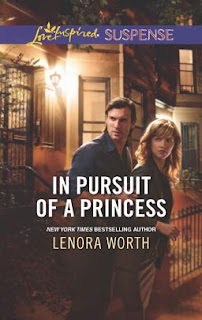 In Pursuit of a Princess
by Lenora Worth


A PICTURE-PERFECT CRIME
Princess Lara Kincade returned home to New Orleans to continue her late husband's humanitarian work. She also hopes to force his killer out of hiding. But a priceless painting has put her plans—and life—at risk. Embroiled in a deadly art scandal, Lara must depend on handsome photojournalist Gabriel Murdock to help her expose a murderer. Gabriel's determination to keep her safe has softened her heart to love's possibilities again. Somewhere among his photos lies the identity of the murderer, but can they uncover the killer before this heist turns deadly?
Excerpt of chapter one:

This week, the featured book is: The Widow of Conard County by Rachel Lee (Harlequin Special Edition)