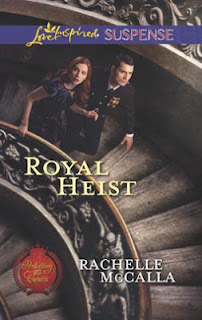 A Royal Wedding—and a Shocking Crime
After rescuing jewelry designer Ruby Tate from an attacker, Lydian royal guard Galen Harris suspects the crime wasn't a random incident. Jewelry thieves have set their sights on Lydia's royal family, and they won't let anyone stand in their way—including Ruby, who's in town to help the princess with her wedding jewels. The closer Ruby and Galen get to uncovering the mystery, the harder it is to deny their feelings. But with a deadly gang of criminals after them, will they live to see their own happily ever after?