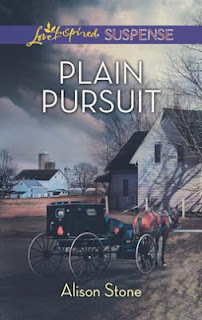 The winner of
Plain Pursuit
by Alison Stone
is
Rhonda M.

I know the rest of you are crying in your BBQ pork ribs that you didn’t win. Cheer up! Order the book!


Danger in Amish CountryWhen her brother is killed in a small Amish town, Anna Quinn discovers she's an unwelcome outsider. But the FBI agent investigating the case is right at home—because Eli Miller was born and raised in Apple Creek's Plain community. Eli left his Amish faith behind long ago, but his heart is rooted in a local cold case he can't forget—a mystery with strange connections to Anna's loss. Desperate to uncover the truth, Anna and Eli are faced with stony silences and secrets…secrets that someone wants to keep buried in the past.

This week, the featured book is: The Prince She Had to Marry by Christine Rimmer (Harlequin Special Edition)