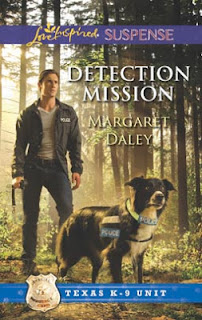 Who is she?While looking for a missing child in Sagebrush, Texas, K-9 detective Lee Calloway and his border-collie partner find someone else. A mystery woman running for her life, scared and injured. But she has no idea who she is—or why someone is after her. Lee's unit suspects "Heidi" is a criminal who knows more than she's saying, yet his gut instinct says she's innocent. Lee vows to protect her until her memory returns, but now someone is desperate to ensure that never happens.

This week, the featured book is: The Prince She Had to Marry by Christine Rimmer (Harlequin Special Edition)