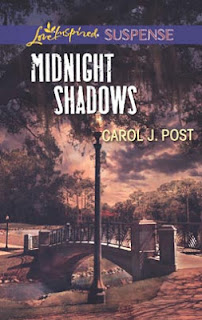 With a relentless stalker after her, Melissa Langston flees Georgia for her small Florida hometown. Despite changing her name, she soon finds anonymous notes on her doorstep and a menacing figure lurking in the shadows. She's sure her stalker has tracked her down, but the police think she's overreacting. The only one who believes she's in danger is the former cop who broke her heart years ago. Melissa is afraid to get too close to ex-fiancé Chris Jamison, who is back in town to settle family business. Because the more she turns to the handsome man she's never forgotten, the more her stalker wants Chris gone—permanently.

This week, the featured book is: Baby Breakout by Lisa Childs (Harlequin Intrigue)