Excerpt - BETRAYAL ON THE BORDER by Jill Elizabeth Nelson 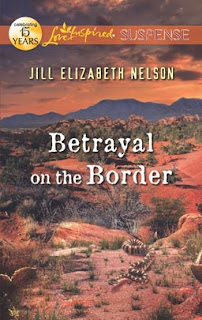 Betrayal on the Border
By Jill Elizabeth Nelson

Former army communications specialist Maddie Jerrard may not remember the details of the deadly mission on the Texas-Mexico border, but she knows one thing. She's not responsible for the massive ambush that left only her and investigative journalist Chris Mason alive. Yet with suspicion—and danger—targeting Maddie and Chris, and a killer on their trail, partnering up is the only solution. But as Maddie and Chris get closer to uncovering the truth, they'll have to trust each other to make it through alive.