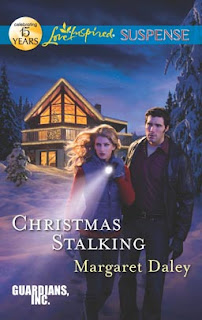 Bodyguard Ellie St. James has one objective: protect her client…without letting her know. Pretending to be Rachel "Winnie" Winfield's assistant lets Ellie stay close, but there's an unexpected complication—Colt Winfield. Winnie's grandson wasn't in on the plans, and the suspicious marine biologist isn't easy to fool. When the truth comes out, so do more threats to Winnie's life. Trapped on a Colorado mountain, Ellie and Colt must trust each other to guard Winnie and find the stalker. Before this Christmas becomes their last.

This week, the featured book is: The Braddock Boys: Colton by Kimberly Raye