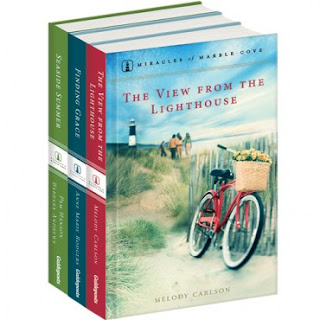 I mentioned before that I’m one of the authors in the Miracles of Marble Cove series published by Guideposts. It’s been a lot of fun because the series is heartwarming women’s fiction with a light mystery thread that runs through all the books.

For book #17, Steps of Faith, I have a character who is very well-traveled and a bit exotic (Jeff’s mother) who’s being visited by one of the main characters, Beverly, who is not quite so exotic. I wondered what a woman like Jeff’s mother would like for coffee--certainly not plain old coffee. Then I remembered Turkish coffee, which I’d heard about somewhere.

I looked it up and decided to write that into the book, but I also had to try it first! I tried with a small regular pot but it didn’t turn out so great. So I got a cheap Turkish coffee/milk warming pot on Amazon and followed the online instructions for making Turkish coffee.

I fine-ground the beans and put them in my cezve pot with cold water, sugar, and ground cardamom. I gave it a good stir and then heated it slowly over low heat, which is what the websites recommended, but it took WAY too long so I increased it to medium heat. I also did not get the foam that most websites say you should get. 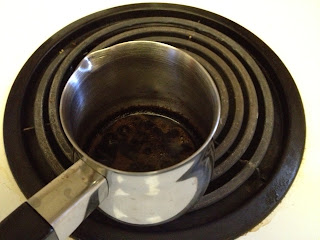 I found out later in another website that if you don’t stir before the coffee boils, you get foam, so I’ll try that next time. That other website also said to use a higher temperature, which also might help me get foam.

Here is my Turkish coffee! I liked it a lot because of the sweetness and the spices. Captain Caffeine didn’t think it was bad, but he didn’t care as much for the spices. 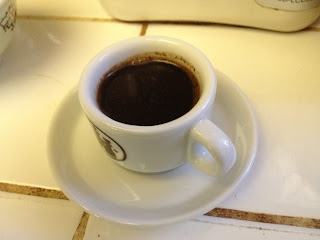 I think the espresso cups I used (courtesy of Captain Caffeine) are just darling! :)