June 06, 2012
I must admit to being incredibly impressed with the athletes who compete in this. Captain Caffeine and I started watching the original Japanese Ninja Warrior shows (subtitled) which were highly entertaining. There were more “fun” entrants in costumes who really didn’t expect to get far, but were there for entertainment value, I think.

The American version is a bit more serious and there are some really amazing athletes competing. There are some unexpected qualifiers like the youth pastor who just walked on that day and ended up in the top 15 for the Midwest region. The Captain and I like watching because we love seeing people complete the course. 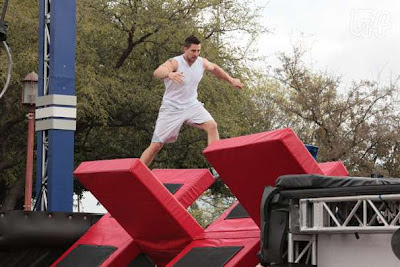 I think I also like this show because in the Japanese version and also in the American version, everyone is pulling for everyone. The competition is not as malicious and cutthroat because the course is SO hard. Unlike other reality competitions, the atmosphere seems (so far) to be very positive. I really like that. The negativity is one of the reasons I usually hate reality competition TV shows.

Have you seen this? What do you think?