Quinoa in my rice cooker!

May 17, 2012
Yes, I am the epitome of lazy. While making quinoa on the stovetop is not hard, I wanted to know if I could throw it into my rice cooker and leave it. And it worked!

I don’t know if my rice cooker had anything to do with it, although my cooker is not a super fancy one. It is nicer than the aluminum ones, but not as expensive as my parents’ rice cooker which has a million settings on it. Mine is a 3 cup rice cooker. 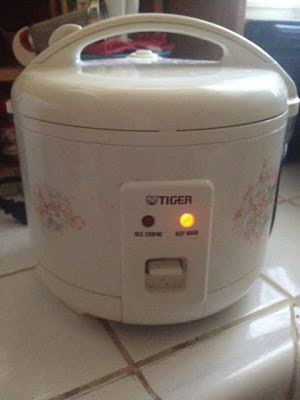 I put in 1 cup of quinoa and 2 cups of water and turned it on. After it had cooked and switched to “keep warm,” I let it steam for about 15 minutes (which is what I do when I make rice in the rice cooker) before I opened it. 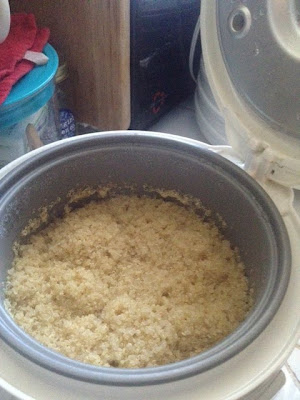 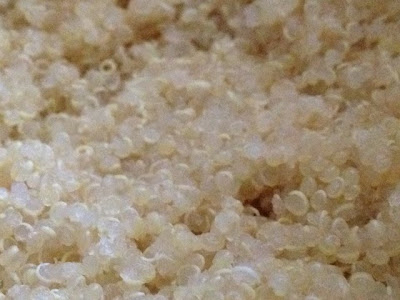 I especially like quinoa because it has a nutty taste and it has more protein than rice.