A page from Stalker in the Shadows 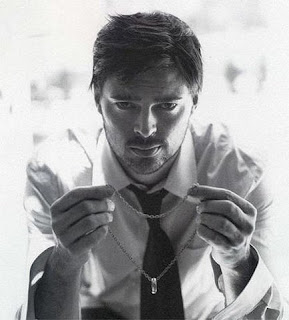 In case you haven’t read it yet, here’s a page from the book to whet your appetite. I absolutely love Shaun O’Neill--I modeled him after actor Karl Urban except with very blue eyes and blond short hair. (photo from Flixster.com)

"Consider this a warning."

Lately, nurse Monica Grant feels she's being watched. Followed. And then she receives a threatening letter—accompanied by a dead snake. If she doesn't stop her plans to open a free children's clinic, she'll end up dead, too. Terrified, Monica turns to former lawman Shaun O'Neill—who believes the same madman murdered his own sister five years before. She understands how much it means to the handsome, heart-guarding man to save her—and her dream. Even if he has to lure a deadly stalker out of the shadows—straight toward himself.

Monica nodded, but they were interrupted by a bustling at the front of the restaurant as her aunt, Becca Itoh, hurried into the dining room. Several of the other customers looked up at the disturbance she created in her panic, but Detective Carter rose to his feet and gave Becca a hard, meaningful look and a subtle gesture with his hand. Becca’s gaze flitted around the dining room, then she walked calmly to join them at their table.

“Are you all right?” She gave Monica a hug.

While she explained what had happened, it gave Shaun an opportunity to study her. She tucked her long, wavy hair behind her ear when she concentrated on something, and her clear eyes seemed to glitter like golden gemstones, framed by her dark lashes.

He could tell that she was aware he was staring at her, but her gaze didn’t waver from her aunt’s face even an inch.

When their gazes had met earlier, his attraction for her had hit him like a train wreck. It was still the same today as it was when they’d first met years ago. Then, there had been an ardent fire in her eyes which she hid behind a cool demeanor. Holding him at arm’s length, like he had Ebola or something.

Today, she’d again tried to be cool when he first came up to her, but for a moment during their brief conversation, before he’d angered her, he’d seen a flash of warmth in her amber eyes, a softening of her mouth. It somehow soothed him in a deep place inside.

He had been confused, so of course he opened his big, fat mouth and ruined everything by getting into an argument with her about Phillip Bromley.

It was for the best. He would be stupid to get involved with a woman like Monica Grant. Any woman, actually. All the women in his life ended up dead.

He hadn’t taken care of Clare well enough. He hadn’t been able to save those illegal immigrants who had been killed by the coyote at the border.

He felt like he’d failed all the people in his life he was supposed to protect, and he wasn’t about to let another one in.

But sitting here, looking at her, it was hard for him to remind himself that she was better off without him. As he studied the curves of her face, the color of her lips, he had to admit that she was even more magnetic than when he’d last seen her.

“Clare never found out who the stalker was?” Becca asked Shaun, drawing his attention from the glossy dark waves of Monica’s hair.

“He never met her face to face. She kept trying to find out who he was so she could issue a restraining order on him. She tried backtracking the packages he sent her, but couldn’t come up with any proof of who it was.”

He glanced at Monica and resolved to speak privately to the detective about his suspicions. No need to alarm her, but he had to give the police everything he knew so this guy wouldn’t slip away between their fingers. That frustration nagged and ate at him like an ulcer.

Before, after his sister’s death, he’d done too little, too late. Clare was already gone, but he’d been driven to find her killer. And then what would he do when he found him? Shaun had never had to answer that question. 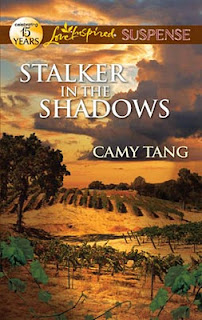 Until now. Because if this were the same man, here was a chance for Shaun to catch him.

He hadn’t yet turned in his application for the Sonoma police department. He hadn’t quite understood why he’d been dragging his heels, but now he was glad because it gave him time to investigate Monica’s letter-writer—assuming the stalker followed the same pattern as he did before.

The man had already taken his sister’s life, and maybe others in the years since her death. He had to stop him from terrorizing any more young women.

He knew who it was. And this time, he wouldn’t let him get away with it.